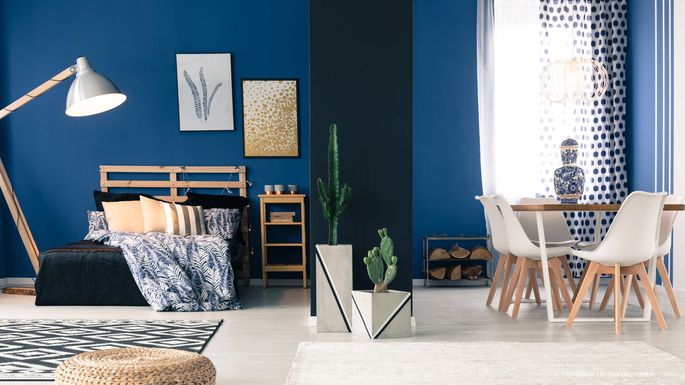 Apartment shoppers have likely seen the terms “studio” and “one-bedroom” in listings, but given that a studio is one room, what truly distinguishes the two?

The conventional wisdom is that a one-bedroom has an enclosed sleeping space and a studio apartment does not, but when it comes to labeling a listing, things can get tricky.

What are the main differences between a one-bedroom and a studio? Here’s what the experts say.

What is a one-bedroom apartment?

Each state has its own set of laws that define a bedroom, but generally, a one-bedroom apartment will have a single room that:

One-bedroom apartments also typically contain a kitchenette or separate kitchen, a living room, a bathroom, and a closet.

What is a studio apartment?

A common studio apartment does not have a bedroom that is separate from the living room or kitchen.

“The living space and the bedroom space are joined as one,” says Sharon Lewonski, partner and real estate practice chair of the Culhane Meadow law firm.

Typically, the bathroom is the only other room in a studio apartment.

Some studios feature a loft sleeping area, but because the area doesn’t have any of these elements of a one-bedroom highlighted above—or four walls separating it from the rest of the apartment—it can’t be considered a bedroom.

Studios usually feature some type of closet and a separate kitchen, or at least a kitchenette.

“They can be quite large,” Lewonski says.

Other names for studio apartments

“Studio” is the most common name associated with this type of apartments, which are also called “studio flats” or “studio lofts,” but they can also be referred to as “efficiency apartments,” “bachelor apartments,” or “live/work spaces.”

“There is a trend in more recent years to call a studio an ‘open one-bedroom,’ where the difference would be a sleeping alcove that wouldn’t qualify as a bedroom, due to lack of door or ingress/egress space,” says Ian Gordon, a real estate broker and principal at Get Happy at Home in Seattle.

“An efficiency apartment or bachelor apartment may just have a range and a mini-fridge,” says Lewonski. “It’s going to be similar to an extended-stay hotel room.”

If you happen to stumble across a live/work space, that means the office is probably on the ground floor and the living or sleeping space is upstairs.